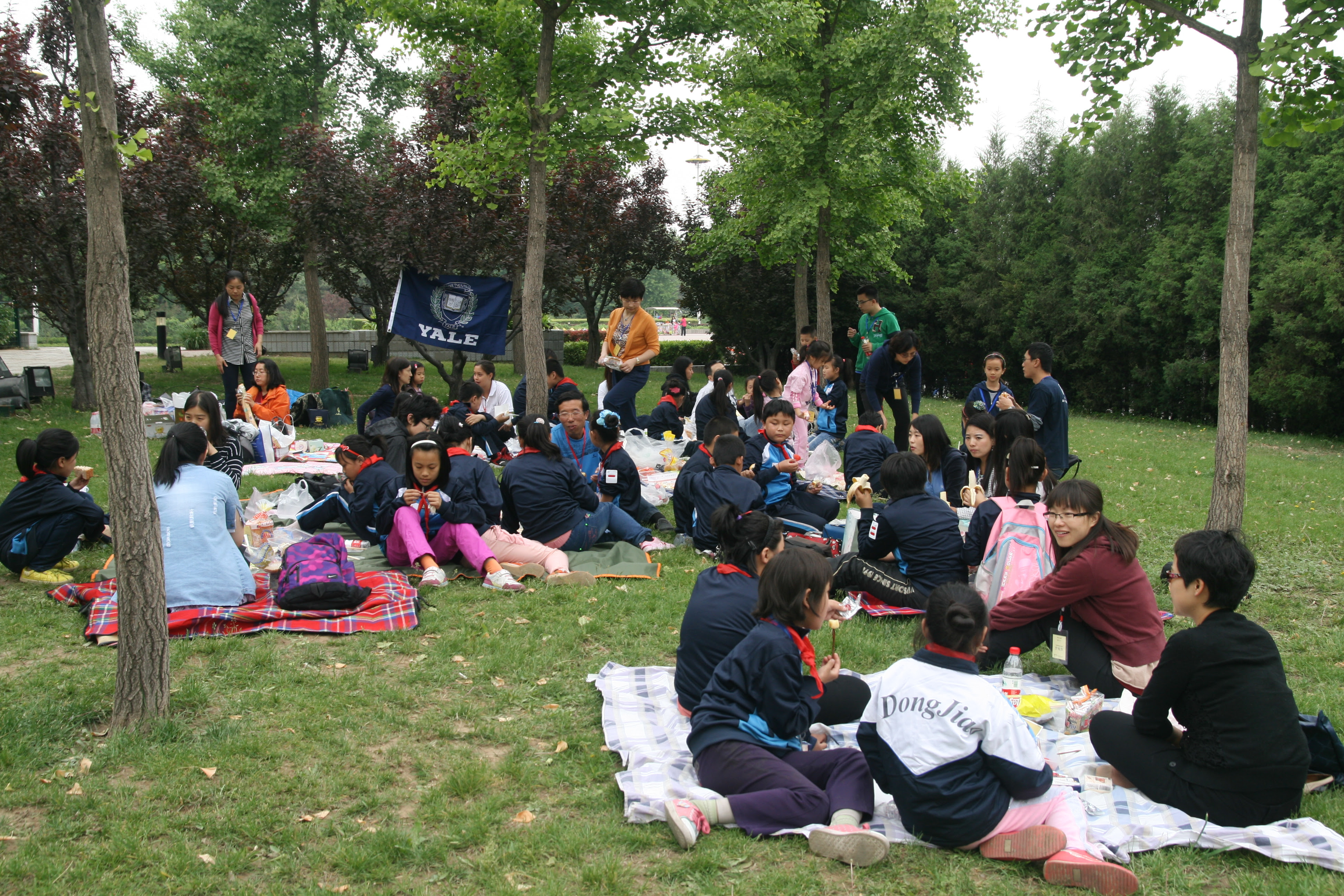 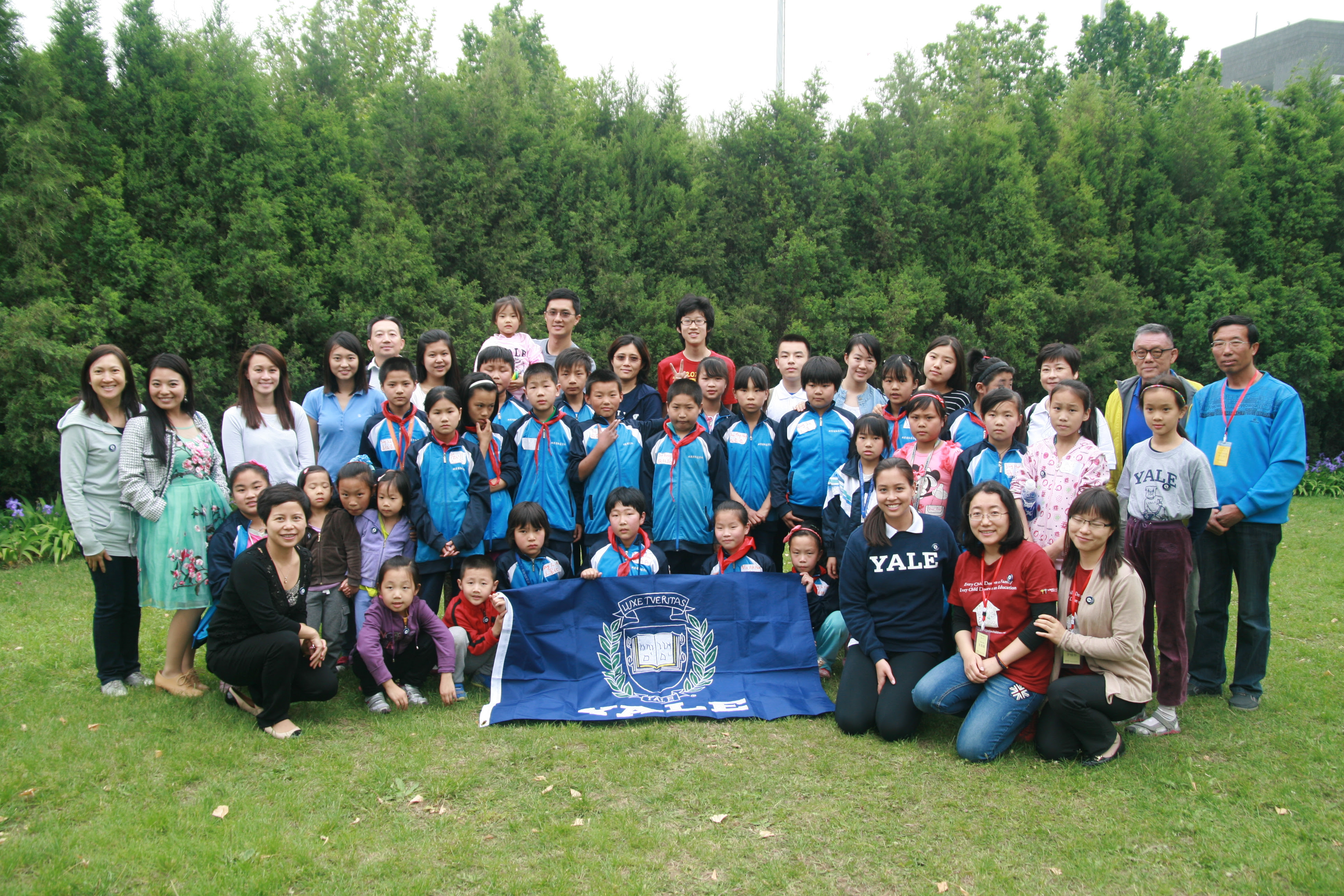 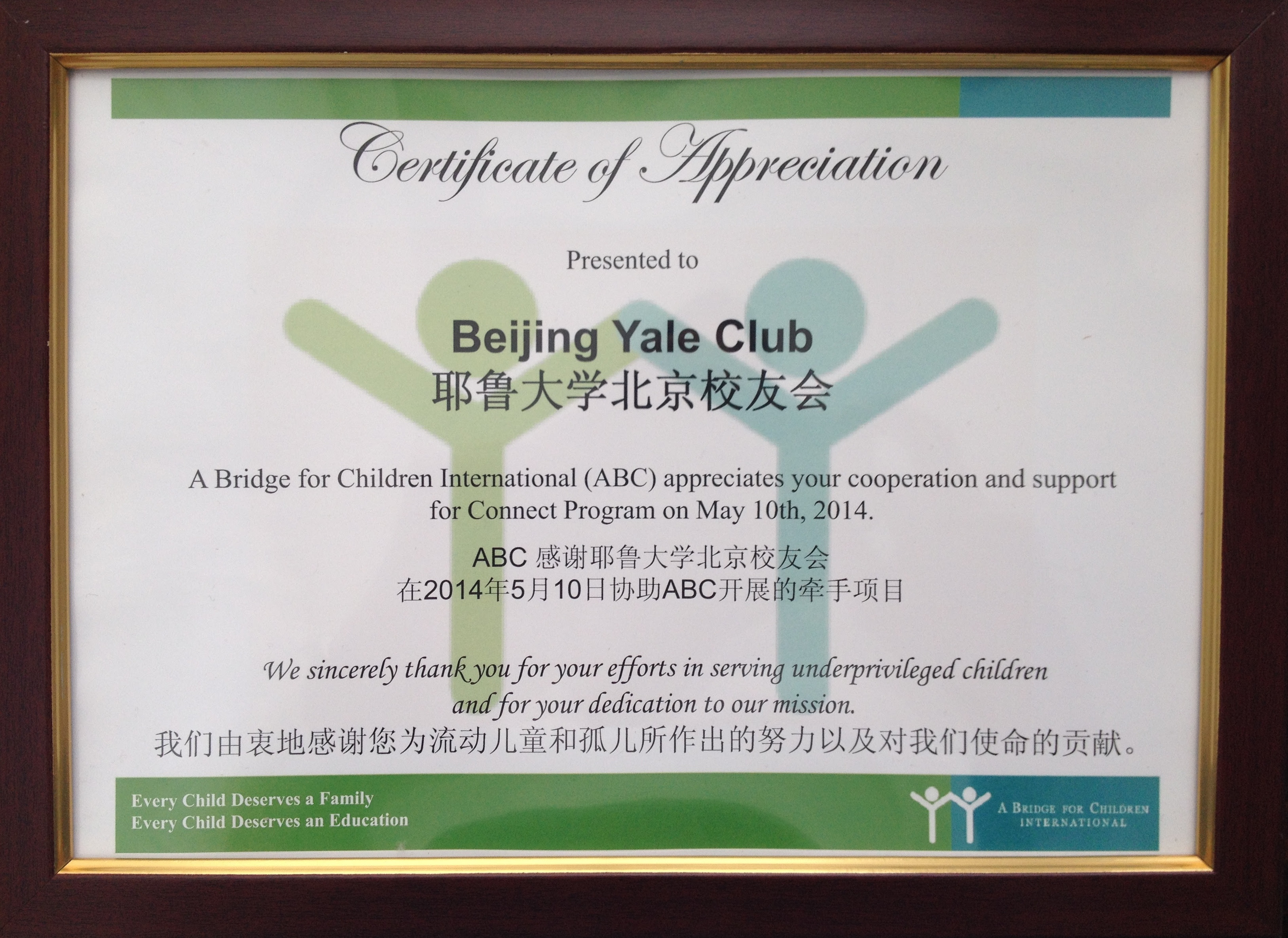 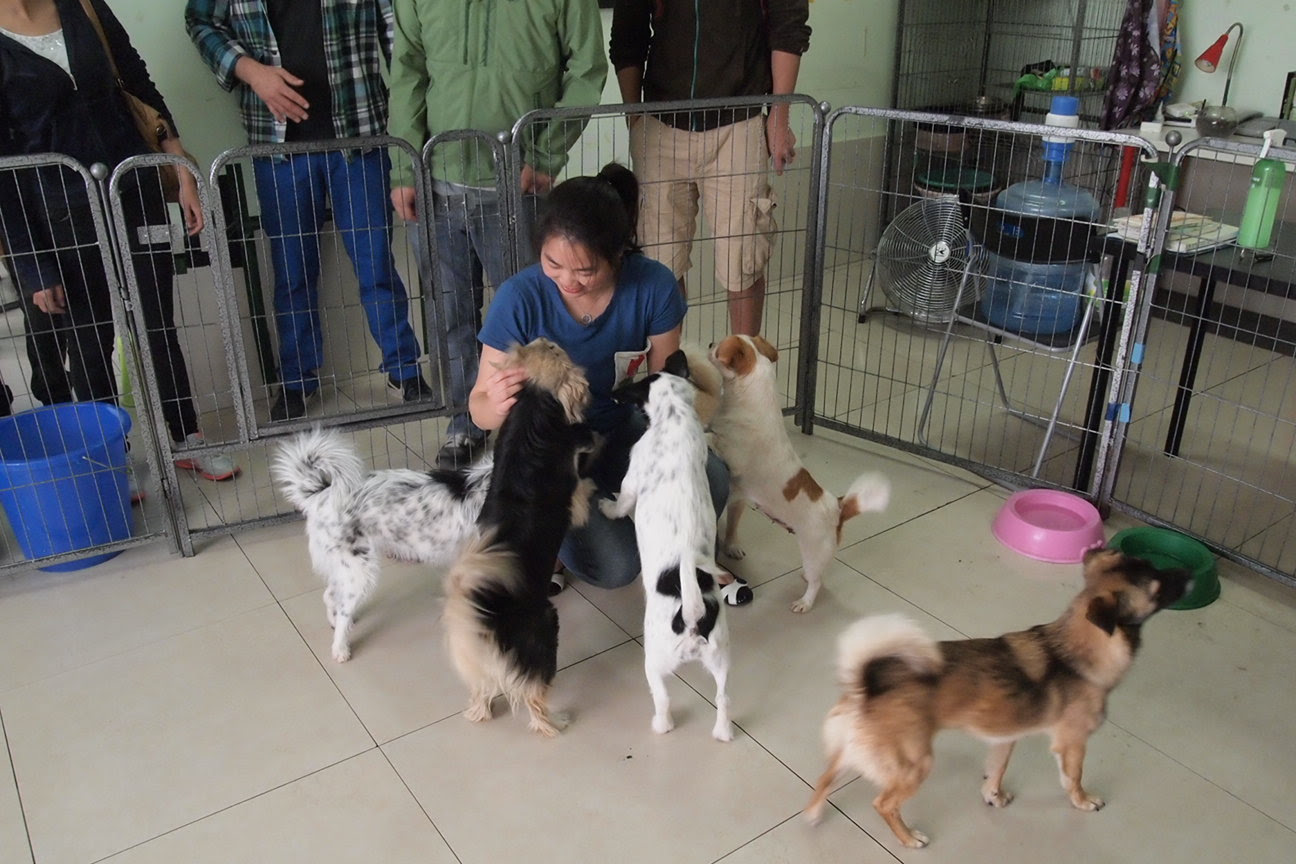 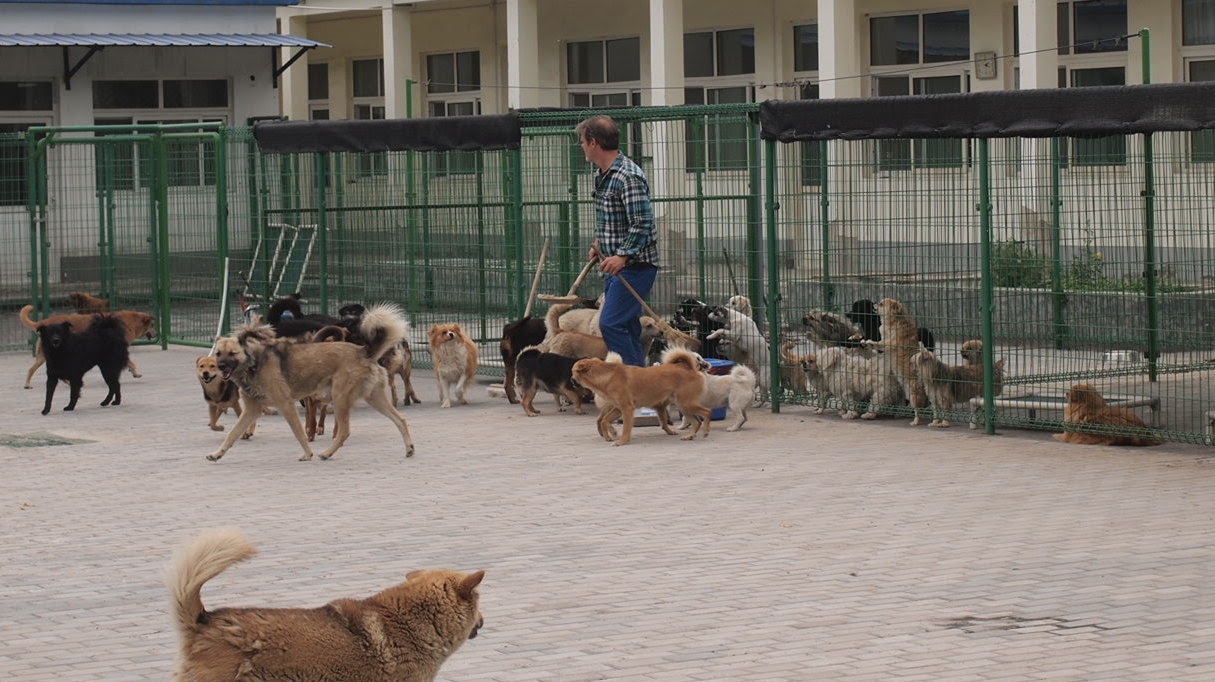 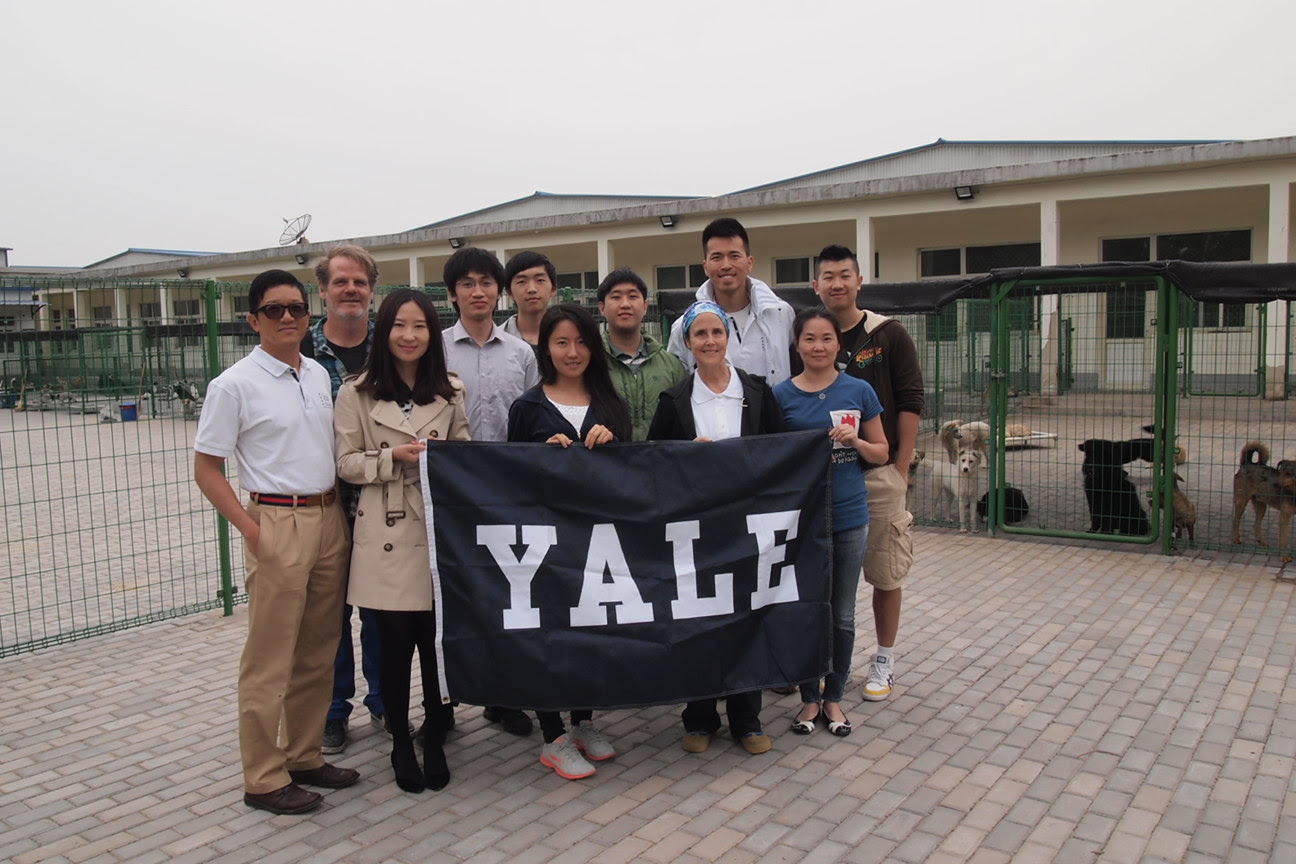 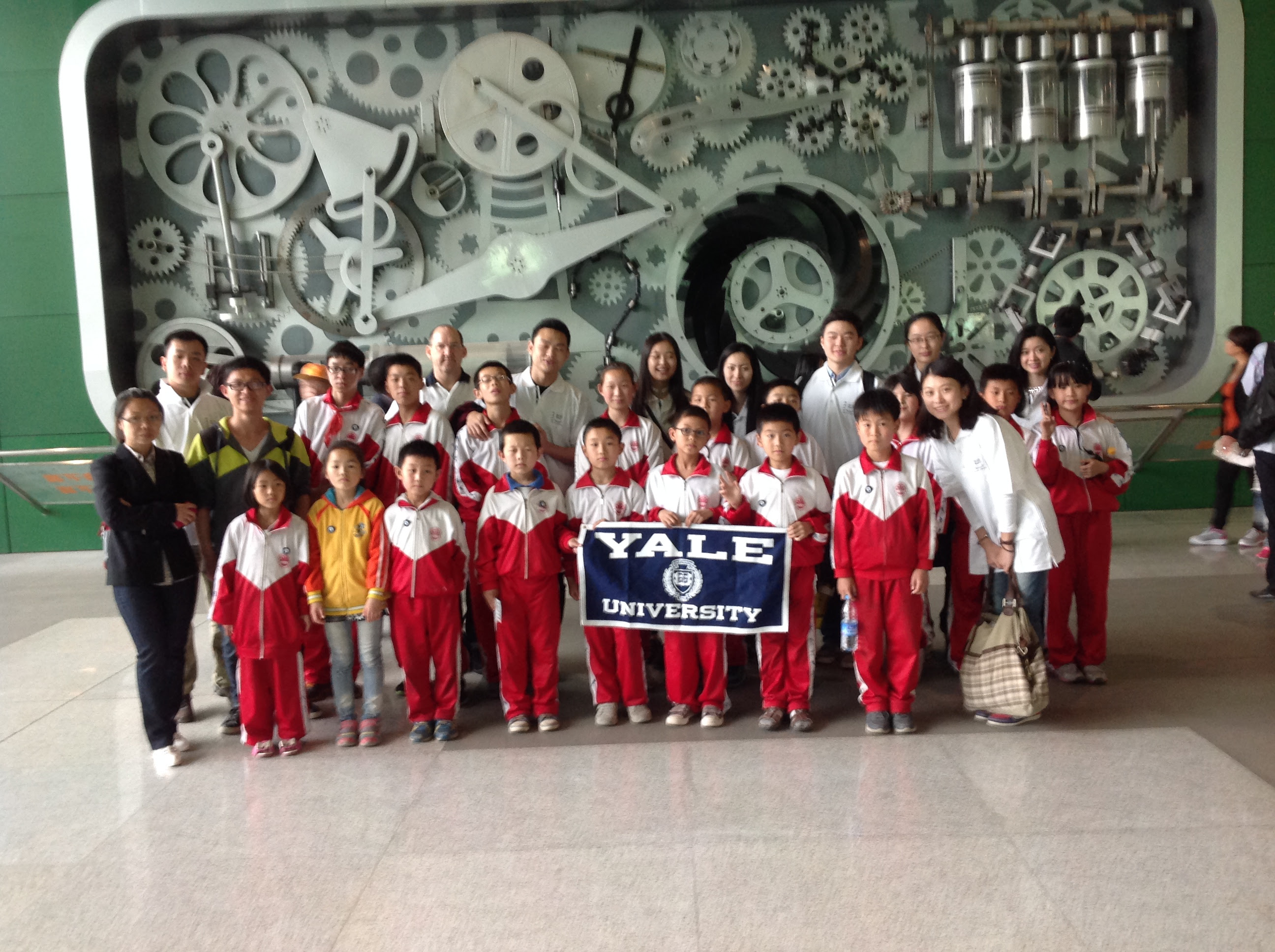 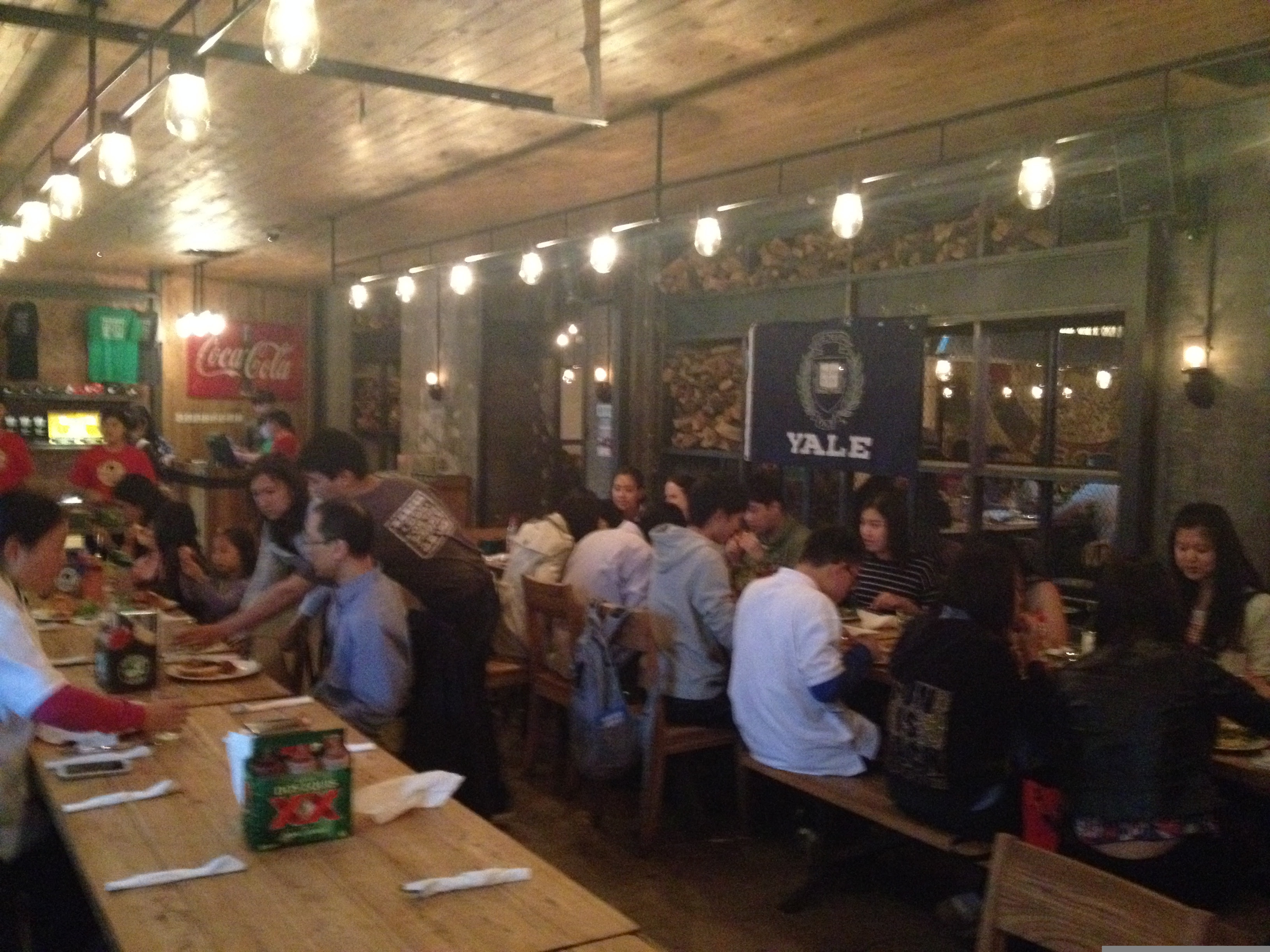 Forty Yalies and friends got together with 45 migrant children and 150 rescued dogs for the Yale Day of Service on Saturday, May 10, 2014 for three tracks of activity.

At the Chaoyang Park, volunteers held a picnic lunch with students from Qing Hong Lan School, played leadership/team-building games, and explored the park together. Qing Hong Lan was established in 2005 and enrolls 420 children of migrant workers.

The Day of Service volunteers were treated to a symphony of 150 dogs barking together upon arrival at the shelter run by Chris Barden (JE, ’89). To be honest, it was somewhat intimidating. We soon realized that these dogs are just like little kids, excited to see visitors and craving for attention. They came over to lick our hands and enjoyed being patted. Xiaoting Huo (School of Public Health, ’12) said “it was heart-melting to see them staying close and hoping to be caressed”. Due to the forecast of rain, Chris asked us not to groom the dogs but just to post pictures of interaction with the dogs and spread his “Adoption, instead of Buying” message. Chris set up the Little Adoption Shop after rescuing a truckload of dogs destined to the dinner table.

Seventeen fourth graders and two teachers from the Tongxin Migrant Children School (http://www.tongxinedu.org) went with our volunteers to visit the China Science and Technoology Museum for an afternoon of games and interactive hands-on activities. While the museum is only 45 minutes from the school, the children had not had a chance to visit because their parents were pre-occupied with eking out a living in Beijing. Each volunteer accompanied three students three hours to fully experience the magic world of science, from the origin of life to astrology study, from mathematics, physics to art technology. The event inspired the kids’ curiosity about the world around them and they were braver to communicate with our stranger volunteers.

We wrapped up the evening with a dinner at HomePlate in Sanlitun.

2014 05 10 YDOS Homeplate 1 Our thanks to all the friends from various international universities and local high schools who participated. Sincere appreciation for friend of Yale Ms. Lei Huang for donating RMB500 to the Chaoyang Park track.

The Yale Club of Beijing has extended the Day of Service from a single-day event to multiple Days of Service throughout the year. Stay tuned for our next service activity. We welcome your ideas of other service initiatives.